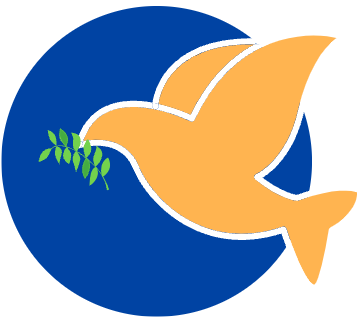 On April 5, Andy Whipple, an amazing, generous and fearless man who happens to be a part owner of Atlasta Solar in Grand Junction, Colorado came to Forte Liberte to install a solar pump which he donated. Andy was joined by Colin Geery, a technician from Atlasta Solar and Colin Weller (another Colin) who  is an optician from Flagstaff Arizona. Jean Paradis joined the group with Pam Gores from Plainwell Michigan.

The well had been dug the week before and was waiting for the pump. The water will be used to irrigate the land for a community garden and also to water the goats who are sharing the garden space. The goats are given in pairs to families and after a year, the families return two goats and so it goes….self sustaining food! Goats usually have two deliveries a year and ususally two kids at a time.

Andy and Colin G installed the pump in two days! They had some help from neighboring children, especially when Andy had his lollipops.

Meanwhi;e, Colin W was doing eye screening with Pam and Jean as his assistants. In two and a half days almost two hundred people were seen. People had to be turned away due to time constraints. Colin brought readers and they were greatfully accepted. A woman brought her Bible so she could check the strength of her new glasses. Over 20% of the people had cataracts….we even saw a woman 100 years old! Many people had irritated eyes from the dust and the sun. We ran out of sunglasses on the first day. There is a need for an ophthalmologist or two to visit.

After working, we would walk to the Caribbean Sea and have a swim…..the water was like bath water, but felt wonderful. The walk was only about 5 blocks to the sea. It was a wonderful experience for everyone….full of laughter, hard work and fun.

Thank you to all our donors who made this possible.

In the spring of 2014 three adventurous and generous souls: Mara Brownell, a US educator, Andy Whipple and Darin Carei owners of Atlasta Solar in Grand Junction Colorado journeyed to Fonds Des Blancs to install solar power to the medical and dental clinic.  Andy had visited Fonds Des Blancs previously and saw how solar could save money and the environment……money because a diesel generator was running the electricity and diesel fuel is way way overpriced in Haiti and the environment because of the odor and loud noise the generator creates. Panels and batteries were shipped to Port Au Prince and then trucked to FDB. The three dynamos worked from dawn to dusk with the help of some Haitian men. The people of the area are ever so grateful to these three amazing benefactors!

During their time there, children from the area appeared and one in particular, Billy stole Darin’s heart. Billy couldn’t go to school because he didn’t have a uniform to wear….going to school is not free plus a child must wear a uniform….Billy’s mom didn’t work…..no money no school. So the cycle of poverty goes in Haiti.